Amenities: Stage with Greek style theater seating, a water fountain, four built in picnic tables with checker/chess board tops, benches along the creek, two bike racks, and off street parking

Millennium Plaza was constructed in 1999 and opened in the year 2000 to celebrate the Millennium. Located along north bank of Trail Creek the plaza is a favorite spot for fisherman and features beautifully manicured gardens.

Millennium Plaza is also home to the Michigan City Firefighters and Police Officers Memorial. The monument was erected in 2006 to commemorate the 5th anniversary of 9/11. The life size bronze statues of a kneeling firefighter along with a standing police officer consoling a child are the creation of artist Ron Pekar. The monument also features two individual podiums with bronze plaques depicting the badge of each department accompanied by the department’s prayer. Behind this honorable display are five flag poles; the tallest displaying our Nation’s flag which is lit continuously. The remaining flags are of our State, City, Firefighters and Police. Paving bricks can be purchased and inscribed with personal names and messages and have been incorporated into the plaza walkways. 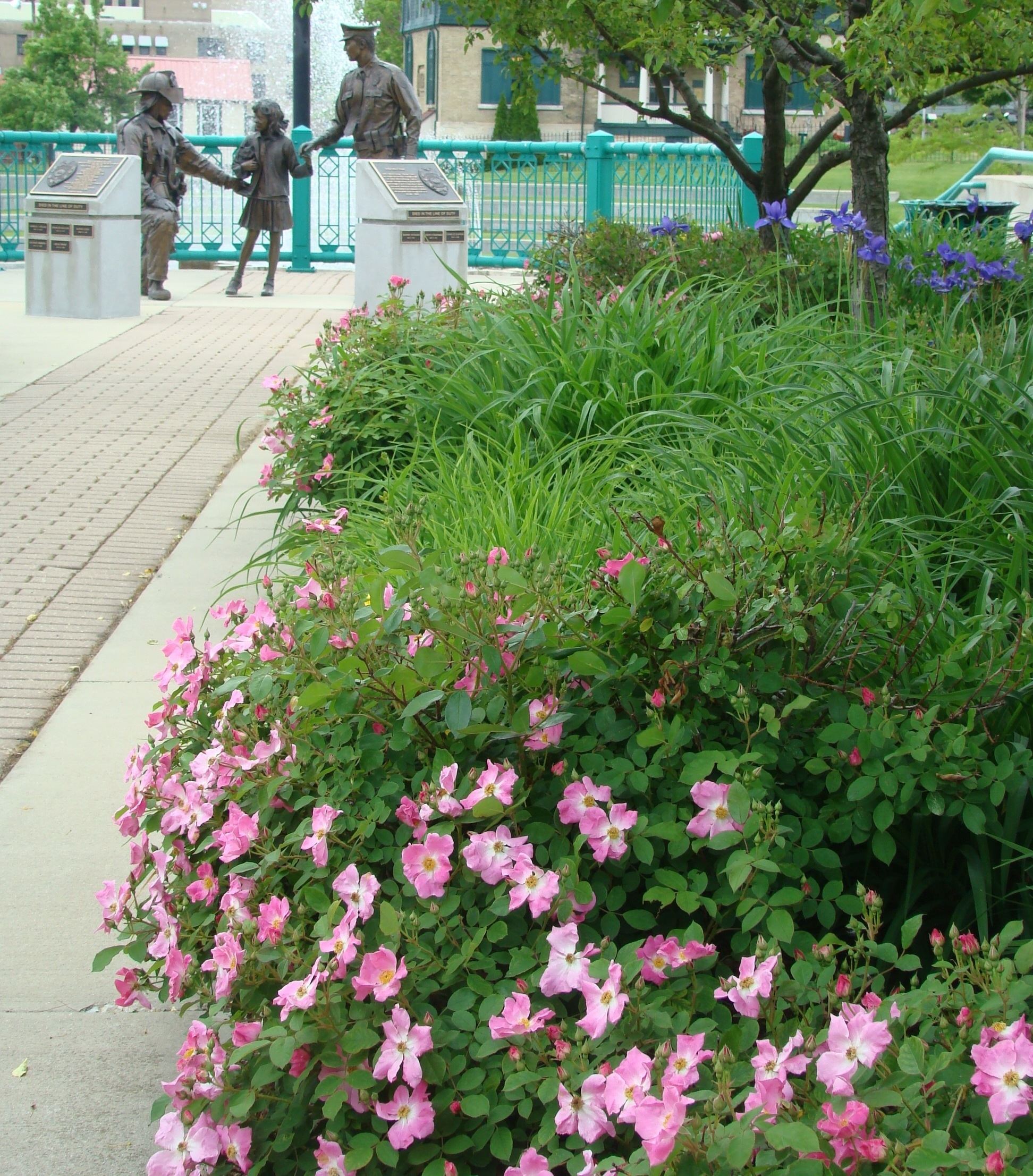